If you think that oral sex is not for you, it’s probably because you’ve never tried it or done it wrong. Oral sex positions aren’t as frightening as you may think. Moreover, oral sex is no longer a taboo thing to do in bed since it can bring you many benefits.

A survey, conducted by the Centers for Disease Control and Prevention, states that 85% of the surveyed adults aged 18-44 years have had oral sex at least once in life. This kind of sex is extremely pleasing, engages the most powerful erogenous zones of both men and women, and is considered safer than casual sex.

Nevertheless, you should remember that the quality of any kind of sex with your partner depends directly on the quality of your relationship. The scientists found out that both men and women like to perform oral sex only if they have psychological well-being. Besides, the results show that this well-being is connected with relationship quality and can change if a partner improves the love life.

Before engaging in oral, you need to know that even though the risk of HIV or other sexually transmitted diseases is lower, you still need to prepare. Some people received HIV during oral sex with the genital fluid that entered the body of another partner. It means that the sperm and the lube produced by our bodies could be as dangerous while oral sex as it is while casual sex. Still, you don’t need to be afraid if you ask your partner for a test or use proper protection.

If you two are okay, healthy, safe and sound, and all that stuff, your preparation for oral would be as easy as a pie. First off, make use of a high-quality and tasty lubricant. This way the genitals will always be moisture and easier to stimulate. Secondly, learn more about the best oral sex positions for men and women and try them out. What are they? Find out in our list below! 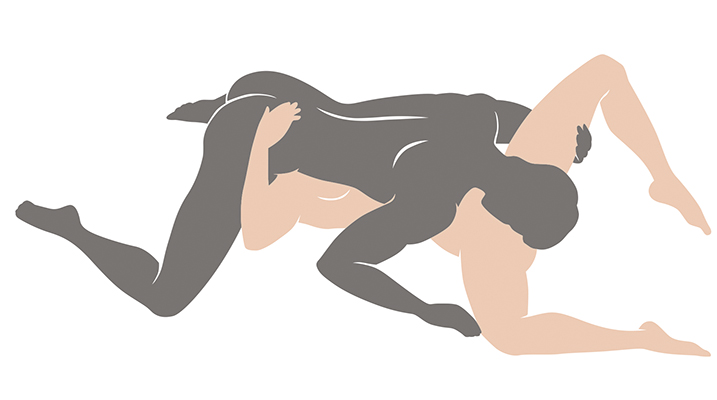 Considering the top positions for oral sex, 69 would be the best-known and most widely-spread among all of them. The best part about this pose is that both partners receive pleasure simultaneously. While one partner is lying on the back, another one is standing in a doggy style pose on top so that they can stimulate the genitals of one another.

Well, this is a variation of 69 because it’s slightly different. The thing is that both of the partners are lying on their sides in different directions faced to one another. This position is one of the top positions for lesbian sex since you can easily reach the vagina and, most importantly, the clitoris.

Sit on His Face

Lying on the Edge

OMG, I guess every man loves when a girl kneels and performs a blow job for him. This is so seductive even when you think about it. Naturally, a man feels like a boss just like a woman feels like a queen while sitting on his face. That is why this position is one of the best oral sex positions for men. It’s relatively easy to perform, but a woman should put something under the knees. Otherwise, they’ll hurt a lot!

More and more people find oral sex an awesome alternative to casual sex. Moreover, it is no longer a problem since there are so many positions that will make it an unforgettable experience. Of course, you can find or come up with more positions for this kind of sex, it’s up to your imagination!