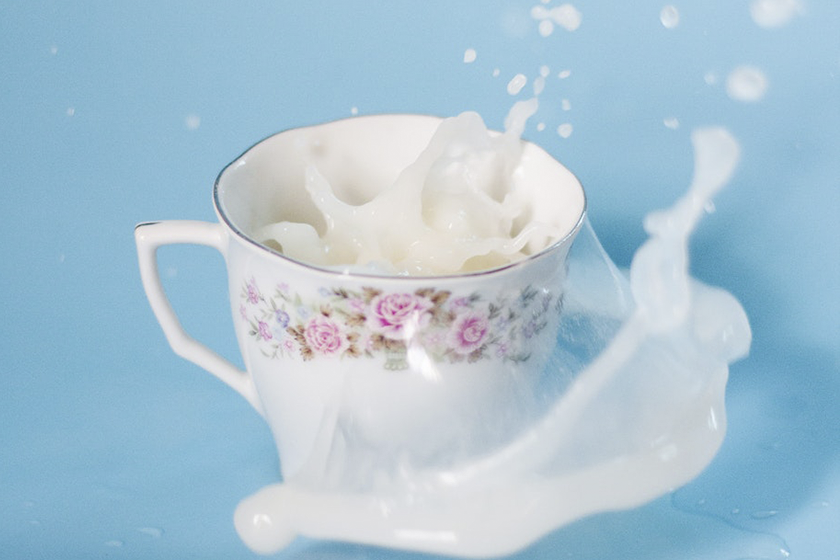 I used to have a fish named Squirt. He was a pretty little fellow whose genus name of Betta was much more befitting of his elegant flowing fins and luminous shades of red than was his nickname of Siamese fighting fish. But when it got down to the nitty-gritty, Squirt was the epitome of his nickname and knew how to pose a challenge-much like a g-spot orgasm does. But in my experience, that is a squirt worth fighting for, and one that no woman should miss, so welcome to toywithme.com’s step-by-step guide to female ejaculation! Yay!

I will make no assumptions of what you do or do not know about female orgasms, so let’s start with the basics. A woman’s body is equipped to produce two types of orgasms: clitoral and g-spot. Since type A already gets loads of attention, we’ll skip to the latter: the big O a la gynecologist Ernst Gräfenberg. (Huh?!). What’s the matter? Does that not sound sexy? Sorry, history is realistic to a fault, and the g-spot legacy is rightfully Dr. G’s, but it’s somewhat fitting that the elusive and unbridled “other” type of orgasm is named after a German … you know they can be hot-blooded and fiery!

The g-spot orgasm is believed to take place when a female ejaculates a clear fluid from her urethra and sometimes literally squirts. Science tells us that although some women feel a slight urge to tinkle just before a g-spot orgasm, female ejaculate is not urine, but an alkaline liquid with the sugars glucose and fructose and an enzyme resembling the prostate fluid within male ejaculate. I for one like the implications this holds … an evening up of the power play, if you will. But since, unlike men, women can pee and squirt simultaneously, it’s wise to stop at the water closet en route to bed.

So what is the big freaking deal about a g-spot orgasm, and how do you find out for yourself? I’ll make like you’re the giver, but feel absolutely free to find a willing assistant and put yourself in the receiver position. Step 1, of course, is putting your finger on the g-spot. Put away your GPS tracker … locating this little oasis can be a fairly simple task (this is not to say that making it squirt can too, but you may very well find the effort worthwhile). Nestled about one to three inches up the vagina, on the anterior wall (belly side), is a slightly rough area, similar to the roof of your mouth. 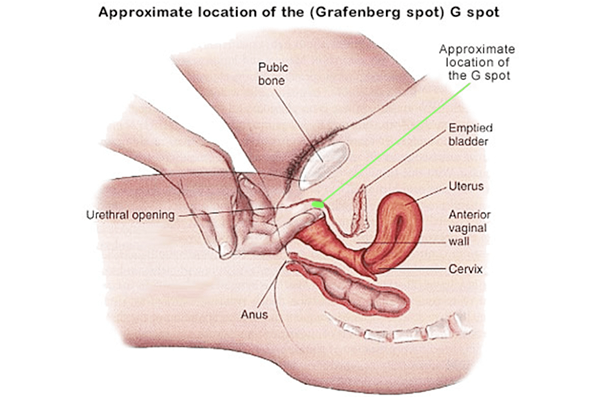 After some scintillating foreplay that has the patient nice and wet (naturally or with lubricant), turn your hand palm-up and insert a finger. Rotate. Caress. Maybe add digit #2. With palm still up, curve your fingers toward you and feel for the g-spot. Bingo! Time to stimulate. Softly add pressure and then release it. Stroke the g-spot, move your fingers in a circular motion, vary your techniques according to her verbal response (and decibel level of pleasure moans) and encourage her to relax and release.

The sensation of ejaculation can be different for each woman, so I won’t presume to know how it will feel to you. But one commonality among the female majority is a definitively different feeling between the g-spot orgasm and its clitoral cousin. The contractions are usually more powerful, and the movements are unexpected and uncontrolled. If you know a super control freak, get her to squirt, she may be cured!

Toys, toys, toys. There is a veritable feast of play things out there made specifically to bring on female ejaculation. I’ve tried them. They are awesome. They do all the work! The delight of G-spot orgasm toys is two-fold: for female ejaculation newcomers who want their first flight to be solo, and for veterans who enjoy toys with company or without.

While female ejaculation is still under scrutiny from the medical and scientific communities, I believe with all my heart (and other places) that all women are capable and deserving of realizing this incredible source of pleasure. May the force be with you!

Best Lubes For Fleshlight in 2021

How to Have Hot Sex in a Car with Your Lover

Best Lubes for Handjobs in 2021