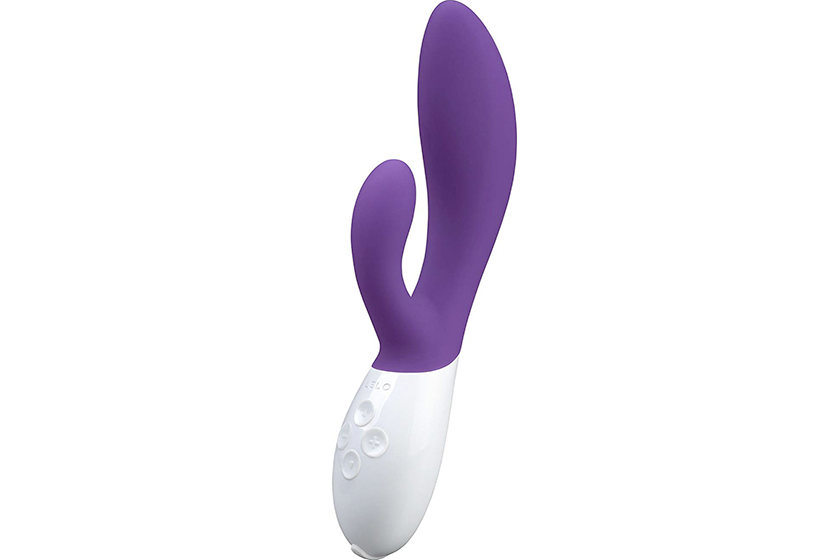 The Ina is no longer available, making way for the new and surprisingly improved INA 2!

This is our review of the original Ina. Since it has been discontinued all of the links here will go directly to the new model. We have also highlighted the improvements Lelo has made on their new design. You can find this below the features chart at the bottom of this review.
__________________________________

Here’s my review of the LELO INA (which I keep calling “In-ya” because I’m mature):

I got off in thirty seconds, BUY IT!

Do you really need to know more?

I was actually intimidated by Ina when she first arrived because she doesn’t look like anything I’ve ever seen. She looks sorta like a one-armed cactus – the thicker part is the part that vibrates inside of you, and the cactus arm is a clitoral stimulator. I’ve never tried anything quite like it, and honestly? I was a little scared. I mean, a cactus in my twidget? EEEK!!!

I’m also scared of things that spin too fast, kites, balloons, my garbage disposal, tall buildings, and clowns, so you can’t really go by me in the “normal and reasonable fears” department. 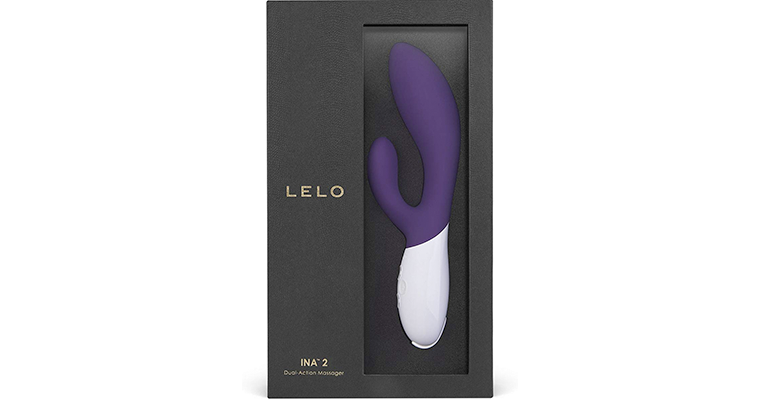 Additionally, the clitoral stimulator part of Ina was a little rigid and also kinda thick. This was also not a problem and I’m really glad because I was prepared to break my vagina giving this baby a whirl. I am that dedicated to this website.

Are we tired of the plane metaphors yet because Ina’s motor is like a jet engine!! It’s not loud like that (it’s pretty quiet, actually), but holy crap! When on the highest setting, it felt like my vagina was being launched into outer space. Personally, that’s a little too much power for me, and I had to turn it down, but for those of you who like to feel like you’re impaled on a Saturn Rocket, it would probably be pretty magical.

The little cactus arm thingy that seemed so rigid when I first took it out of the box softened up a little after flexing it around. It’s actually pretty perfect and sort of ingenious because it’s flexible enough to move around and position where you want it, but rigid enough to stay put. That makes Ina way better than a Rabbit which does nothing but looks cute with its little bunny ears and such. 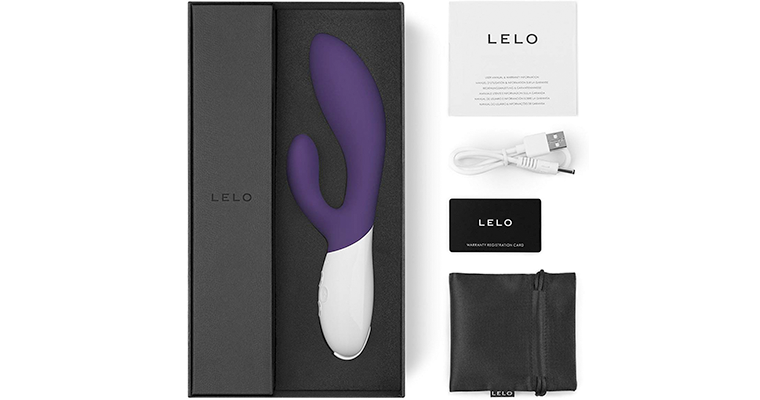 I have to warn you that there’s a little bit of a learning curve involved here because you have to get the right vibration setting AND the right position on the ol’ clitoris or else you sort of feel like your pubic bone is going to somehow vibrate out of your body, but I have faith in you. You’re a good little masturbator. You’ll figure it out.

Presented in a pretty black gift box, Ina comes with a satin storage pouch, charger, user manual, and a full year LELO warranty. She’s made with FDA-approved and phthalate-free PC-ABS silicone so you don’t have to worry about getting crotch rot or cancer of the cunt.

She’ll work for up to four hours on a two-hour charge, and she plugs into the wall so there’s no fooling around naked in the dark with a screwdriver taking the batteries out of your kid’s toys while they’re asleep (not that I’ve ever done that). The fully lockable control panel is pretty intuitive, which makes changing the speed and intensity effortless. I never tried to lock it though.

Overall, I think the Lelo’s Ina is a very good toy, but I don’t think my husband would agree because it’s a little too good and I very well may not need him anymore.