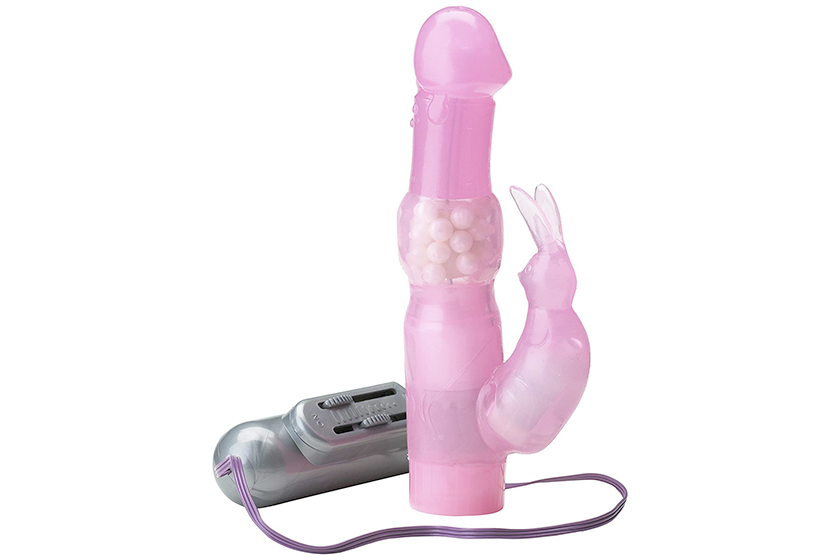 Growing up, I was one of the majority of little girls who wants a cute little bunny of her own. The legendary Easter Bunny, the scrumptious chocolate bunny, the “Silly rabbit, Trix are for kids” bunny … they all filled my head with notions of bunny love and I mercilessly begged my parents for a warm fuzzy fur ball that I would name Gert. But it was not to be … my mother had a different pre-assembled excuse for each time I peered into her eyes, tugged on her skirt and gave my best poor puppy dog face.

More than 30 years later and I never had gotten the Gert for which I had yearned. Even when I was old enough to buy my own rabbit, somehow the years had diluted my desire. Until the other night. I was stuffing my face with a bag of kettle corn and making due with TBS’s watered-down version of “Sex and the City“ – the episode that made famous the Rabbit Pearl vibrator – and I was inspired. Finally, I would get my freaking rabbit! And if I had been a good girl most of my life, this rabbit would be the reward for my years of begging in vain. Oh baby, if this rabbit could convert prissy Charlotte from vibe cynic to vibe addict, I felt certain it would be good enough for me.

Anatomically speaking, this toy is simply brilliant! The head of the shaft rotates to give g-spot love while its lower half’s tumbling pearls stimulate your vaginal opening. Setting up camp at the vibe’s base is the namesake rabbit with tickling ears to give your clitoris a run for its money. The Rabbit works three ways at once and I adore efficiency! 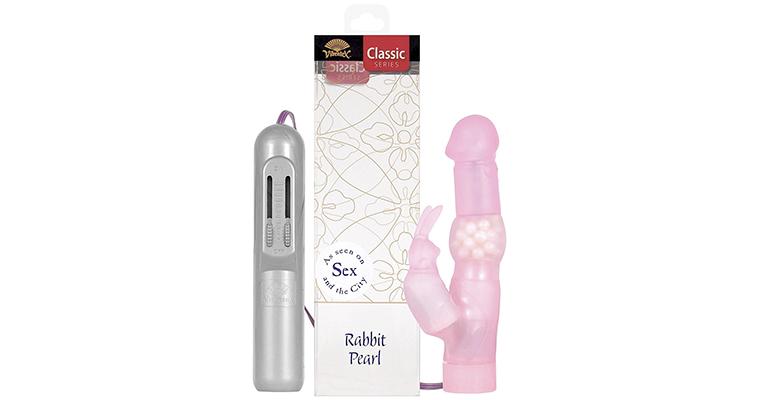 Remote control is a wonderful invention whose resulting laziness I have enjoyed since I was old enough to push the buttons. But never have I appreciated 1950s technology more than when used with my Rabbit Pearl. It connects by a wire to a plastic power pack with two switches for shaft and tickler intensity. This little critter has 25 levels each of vibration and rotation speeds! It would be my pleasure to fall down the rabbit hole.

I reclined for my flagship journey with a vibe that I hoped would make me vewy vewy siwwy, and realized I had forgotten to bring lubricant to the party. Remote in hand and already relaxed, I decided to go on natural. Would the Rabbit pass the stimulation test? Power pack at arm’s length by my hip, it was all systems go with the tickler-very amply named. It tickled me into stimulation mode and the faster those crafty little ears went, the more they weren’t the only thing in the room that was perked up. Mrs. C was soon at attention. But the faster it tickled, the louder it got, so I fought distraction by finding my happy place.

Still a bit shy in the slippery department, I coaxed the shaft inside me. The motor is quieter than the ears and felt very soothing and relaxing on low speed. With the tickler on high I slowly pushed the shaft in and out. It felt incredible! My natural lube was conjured up. The little ears are quite the speedsters, and no matter which way they touched my clit, felt divine. My groove was definitely ON. I pushed the shaft in further and could feel it against my g-spot … a magical massage topped off by the pearls gently but masterfully caressing the opening of my vagina. Suddenly, pearls were a girl’s best friend!

The triple, simultaneous action felt amazing. Gradually increasing the speed of the shaft, I could feel myself ready to orgasm, but wanted to prolong this awesome feeling. I stopped the ride for a few seconds and when I got back on my self-lube was at full throttle. I was knocking on euphoria’s door. About to reach the peak of Mount Clitoris, my body shuddered and I began to gush! Every woman deserves to have two orgasms at once.

It knows its stuff and performs like a toy from a seasoned maker should. I was pleasantly surprised that the wire didn’t cause a distraction. The promoters at “Sex and the City” had done their homework when choosing to tout this toy. For the modest price, I was thrilled with the result. Expectations exceeded. Go on wit yer bad self Gert!!

Ins: Triple stimulation! What more can I say?! The shaft caters to your G-spot, the ears get busy on your clit, and the pearls surprise you with a vaginal opening massage. IMO this triple treat makes the Rabbit Pearl a unique toy
Outs: Never one for noise, the fairly loud tickler gave me a teeny pout. The controls felt somewhat cheap, but the price and performance make this toy a bang for a bargain.

What Are Nipple Clamps and How Do They Work