Why Should You Pee After Sex?

Sex is amazing! That is one thing that we can all agree on. What happens during sex might differ from one couple or group to the next. We can tell you what to do during sex and give you the best sex advice out there. We can also explain why most of the things that happen during this act of unheralded pleasure happen. We take a look at some things that happen pre-sex and post-sex. Are you ready to explore the depths of sex with us? Well, here we go.

Why Do I Have to Pee After Sex?

One thing that we are sure you have experienced if you have ever had sex is the urge to pee. We are not talking about water sports. That is a whole different game. We are talking about urinating after sex. Do you feel the urge to urinate? If your answer is yes, one thing you might be asking is whether it’s normal or if it’s something you only experience. Well, to make it quite clear, it’s not only normal, but it is also beneficial. Many benefits come with undertaking the act, and we are going to be listing them in this article. If you felt a bit weird about the whole peeing urge after intercourse, trust me, you are perfectly normal.

Why Should You Pee After Sex?

We have already highlighted that feeling the urge to pee after sex is on the normal side of biology. What you might also be glad to know is that post-sex urination is not only normal but also beneficial. Undertaking this act has several benefits, physically and also sexually, of course. Are the benefits worth the hype they are getting online? Well, we guess that is for you to decide, once we list and explain them. Here we go.

Urinary Tract Infections are some of the most horrifying diseases that your genitals can ever go through. Peeing just after sex will well reduce your chances of getting UTIs. How does this happen? For people with vaginas, one thing that is important to note is that the urethra is close to both the vagina and the anus. Some bacteria deposited during some anal action or vagina play can easily find their way to the urethra. The fact that the female urethra is very short does not make it any better. The bacteria easily makes its way from the vagina or the anus to the bladder without hindrance. It means that you are most likely going to UTIs if you are exposed to UTI-causing bacteria.

Now urinating after sex will flash out most of the bacteria. It means that besides feeling quite relieved (it’s termed relieving yourself after all), you will also get quite a bagful of health benefits. Urinating after sex does not mean that you are infinitely immune to UTIs. It is on its own just a preventive measure that reduces your chances. It means even if you plan to take a piss after momentous pleasure, it is also a good idea to put other measures in place. For men, though, the advantages of UTIs are quite minimized as a result of the difference in biology.

It has to be the most essential reason why you need to pee after sex. Lots of fluids are produced during sex, and most of them, especially for men, are deposited or released via the urethra. It means that there are bound to be a lot of residues inside the urethra, and you need to get it out. Urinating will do just that. The reason why you feel the urge to urinate after sex is mainly due to this. The body tends to self-cleansing. That is exactly the principle in use when you urinate after sex.

For women, it pretty much works the same way too. The female urethra can release several fluids during sex and to make sure that it is clean. You are going to need to make sure that you remove that excess fluid. The good news, though, is that internal fluids are rarely infectious but allowing them to remain in your urethra or around your vaginal area can result in some overwhelming odors. Just do the right thing and urinate after sex.

It is one condition that you might have not heard of before, but it is also quite common. For some reason, after sex, your body feels the urge to urinate. It means that during penetration, various biology processes result in a lot of urine being produced. One thing you might do not have known is that keeping a full bladder (which you are most likely going to have after sex) can result in a condition termed Stress Urinary Incontinence. The condition will result in leaking. Urinating after sex will not entirely cancel out your likelihood of getting the disease, but it will certainly reduce your chances. If you do decide to urinate after sex, you will be doing your bladder a huge favor.

Is There a Set Period?

The period “after sex” can be quite subjective, and you might take it your way. The good thing is that there is no concrete timeframe where you should urinate after sex. Usually, if the sex was amazing, it might come off as weird to your partner if you rush to the bathroom instantly after ejaculation. You might want a bit of cuddling for yourself, and we understand this. The advantages of cuddling are quite a mouthful to just ignore. For the benefits mentioned above, though, we recommend that you visit the loo within fifteen minutes. It’s too concrete, but please make sure you press it as soon as possible. The last thing you would want is to give that bacterium some breathing space.

We have highlighted how important post-sex urinating is, but, on its own, it won’t do much. Always ensure that you engage in safe sex, and you also take other preventive measures. Lastly, enjoy and have amazing sex! 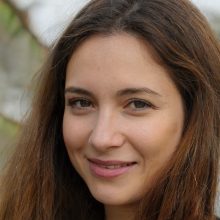